I hope you love the products I've recommended below, just a heads up that as an Amazon associate, I earn from qualifying purchases. This means I may earn commissions on products bought via links on this page.

Are you a keen athlete who regularly engages in marathons and sports events? Then again, perhaps you have just recently started focusing on health and fitness and are working your way up to running a few kilometers each week. Whatever category you may happen to fit in, there may be one factor that you are desperately trying to figure out – why do my knees hurt after running!

It may seem that on far too many occasions you have found yourself laid up on the couch after a run with a pack of frozen peas or a heat pack on your poor knees and wondering why on earth they are hurting so much! So what is the cause of the pain? Actually, there isn’t a definitive answer to the question. However there are a few elements that often come into play. One of the more common yet unknown causes stems from the IT Band which runs down your leg. Foam Rolling the It Band is the quickest way to eliminate knee pain if this is the case. But, with that said we will discuss the IT Band more and also take a brief look at other causes for sore knees from running.

Quick Links To Info On This Page

Reasons Why You Maybe Getting Sore Knees From Running 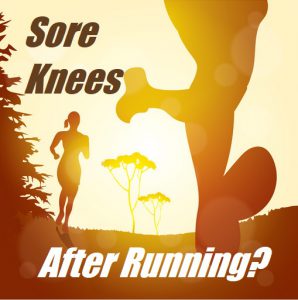 Often a biochemical problem is the guilty party causing all the pain. The patella can be bigger on the outer side than on the inner side, or it may sit a little higher than it should. Another factor that comes into play is how easily the patella can dislocate.

Of course, this is not the only reason why knees hurt after running. Our knees are responsible for shock absorption when we move around. If the cartridge within the knee has become worm down it can weaken the knees ability to absorb the shock as we move around or exercise. This in turn can create a significant amount of pain both during and after running.

The anatomy of an individual’s feet and legs can also have a role to play in why knees hurt after running. If the foot has a high arch there is less support and cushioning which in turn can have a negative impact on the knee joint. In addition, flat feet can also have a negative effect as they may cause the patella to pull out to the side.

How The IT Band Causes Runners Knee Pain

Muscles can also be the culprits in causing knee pain after running. When the calf or hamstring muscles are too tight they can increase the pressure which is felt by the knees. However, on the other hand, muscles which are too weak can affect the alignment of the patella and again cause pain and various problems.

The IT Band is a common place runners feel the pinch. This area runs down from the hips to the knees. The thing with the IT Band is that it is getting pulled on by another muscle (or two) which therefor yanks on the knees and can cause excruciating pain.

When either of the two muscles that you use to elevate your leg out to the side and support the pelvis give way or become weak, the other muscle suffers. The two common muscles that can pull on the IT band and make your knees sore are the Gluteus Medius and the Tensor Fasciae Latea.

Because your knees may be hurting, it may be possible that you are completely unaware that the muscles running up and down your leg could be the main cause for the pain. Especially being a runner, the chances of IT Band Syndrome are drastically increased.

How To Relieve Painful Knees After Running

So to best combat IT Band Syndrome you need to first loosen the main muscle groups associated with the IT Band. The two muscles mentioned above are you first and foremost important muscles. The best way to loosen these muscles is by using a foam roller for the IT Band. These relatively new massage and fitness tools have grown massively in population since the 1990’s. for good reason too. They are one of the best ways myofascial release tools available. Basically meaning releasing the connective tissues surrounding muscles allowing them to loosen up.

Which is exactly what you need to do if you have pain in your knees from running. Release the pressure the muscles are causing on the IT band which therefor hurts the knees. You may be surprised as to how simple it could possibly be to relieve the pain in your knees after running. A foam roller for a runner is quite cheap in the grand scheme of things and could possibly bring a new life to that busted up sore knee.

Caring For Your Knees Is Important 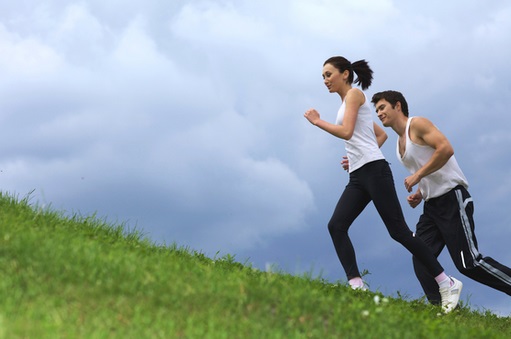 Indeed, it is certainly clear that there is no one definitive answer as to why knees hurt so much after running. However, there are a few practical and easy steps that we can all take to lessen the negative effect of running on our precious knees.

Firstly, give careful consideration to the surfaces that you regularly run on. Running on softer surfaces can immediately give relief to sore knees and minimize the risk of injury in the future. In addition, if you are new to the world of running, don’t try to ‘run before you can walk’ so to speak. Of course, you will likely be keen to increase your running time each week, but be sure to do this in small steps, for example no more than a 10 percent increase each week.

If you are involved in running, either at a serious and competitive level or simply to address your health and fitness needs, you are likely seeing many benefits to the activity. However, running still comes with a variety of risks. To ensure that your poor knees don’t suffer be sure to understand why knees hurt after running, as well as ways you can minimize the risk of injury and pain.

Preparing yourself with a portable heating pad will also be of benefit. When the knees and joints start to play up, having this portable heat source on hand can really help ease the burden.

Neckandshouldermassagers.com is a participant in the Amazon Services LLC Associates Program, an affiliate advertising program designed to provide a means for sites to earn advertising fees by advertising and linking to Amazon.com

As an Amazon Associate I earn from qualifying purchases. Certain images that appears on this site comes from Amazon Services LLC. Amazon. This content is provided ‘as is’ and is subject to change or removal at any time. Amazon, the Amazon logo, AmazonSupply, and the AmazonSupply logo are trademarks of Amazon.com, Inc. or its affiliates.